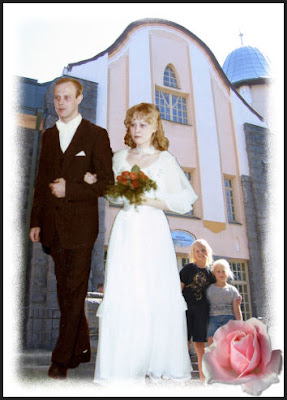 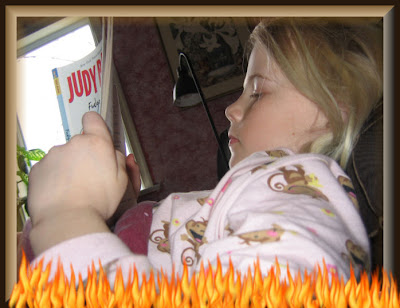 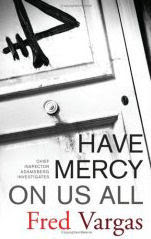 Fred Vargas „Have Mercy on Us All” 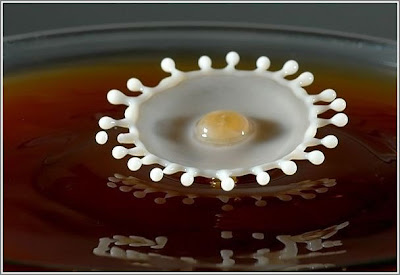 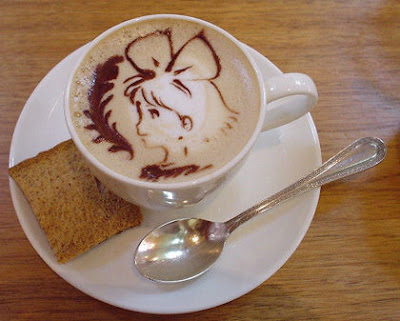 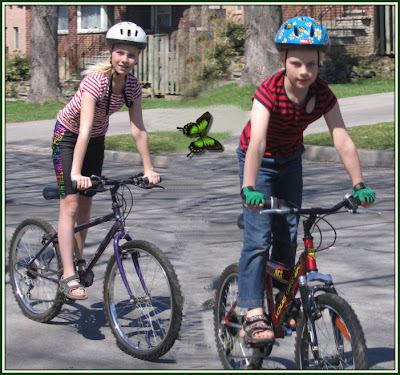 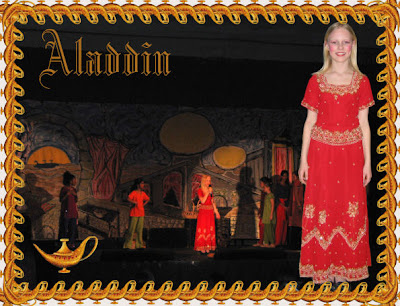 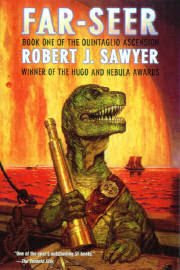 Sixty-five million years ago, aliens transplanted Earth's dinosaurs to the moon of a gas-giant world. Now, intelligent saurians-the Quintaglios-have emerged. The Face of God is what every young saurian learns to call the immense, glowing object which fills the night sky on the far side of the world. Young Afsan is called to distant Capital City to ap-prentice with Saleed, the court astrologer. But when the time comes for Afsan to make his coming-of-age pilgrimage and gaze upon the Face of God, his world is changed forever-for Afsan is the Quintaglio counterpart of Galileo. He must convince his people of the truth about their place in the universe before tidal forces rip the dino-saurs' new home apart. So begins Robert J. Sawyer's classic trilogy, the Quintaglio Ascension, an early masterpiece by the latest winner of the Hugo Award for Best Novel. 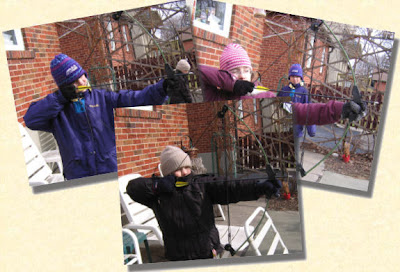 Toon siin ära ühe katkendi: „It has been like that for almost six hundred years. When the first little huts went up to form a village where the Kremlin now stands, the Russian people began to develop a society of distrust, corruption, and subservience. Then came the czars, then the Communists, and now th frightened confusion until a new authority is firmly in command. Russians are not built for capitalism. It has turned them into victims, cowards, and criminals.” 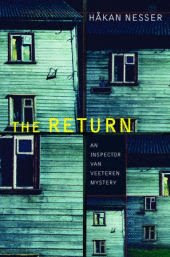 A new case for Chief Inspector Van Veeteren – the complicated history of a nearly perfect murder. On a sunny August day a man is released from prison. On a rainy April day children at play find his corpse. The fact that the dead man is Leopold Verhaven only becomes clear after some time because the mutilated corpse is without its head, legs and feet. Who would be interested in killing this man, a double murderer who spent 24 years in prison?

Determined to let no case go unsolved, Chief Inspector Van Veeteren reopens the case. What he discovers is that Verhaven was a star sprinter before he went to prison for allegedly killing two of his lovers. However, he never confessed to the murders and spent a lifetime proclaiming his innocence. Was he killed because someone thought he had not been punished enough? Or was someone afraid of Verhaven’s revenge? A terrible suspicion stalks Van Veeteren: had Verhaven been telling the truth? Was he really innocent? 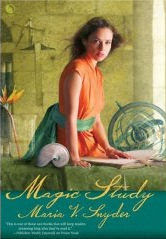 
Fred Vargas „Wash This Blood Clean from my Hand” 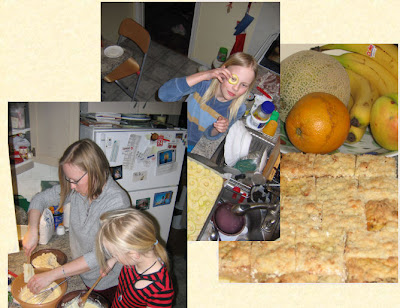 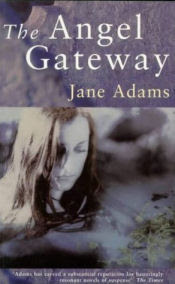 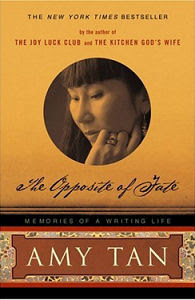 Amy Tan „The Opposite of Fate” 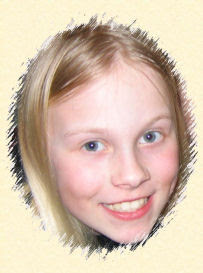 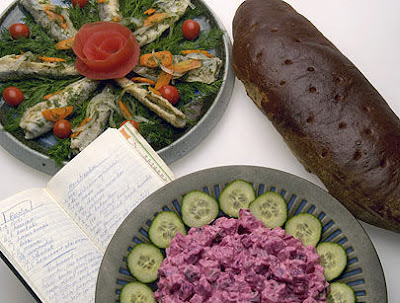 Basic pickled herring is available at most supermarkets. It's always refrigerated, either with the jars of Straub's pickles or in a special case by the seafood department. Gourmet stores (my dad recommends Bruno's Fine Foods on Yonge St.) usually have better brands such as Abba (Sweden) and Viking (Finland). On Roncesvalles Ave., you can buy the stuff straight from the barrel at some delis – not for the faint of heart.

Herring plays an important supporting role in rosolje, not unlike the anchovy in a caesar salad. It's barely detectable, but adds a certain "je ne sais quoi."

If you are a serious herring-phobe, this salad is still delicious without it.

Place potatoes in medium saucepan. Cover with water; bring to boil over high heat. Reduce heat to medium. Season with salt. Simmer 8 minutes or until tender. Drain and cool.

This light, refreshing salad is great with cold poached fish and smoked salmon. Drying the cucumbers with paper towels helps prevent the dressing from becoming too diluted. If you don't have time for the pretty presentation, all the ingredients can be simply tossed in a bowl.

In small bowl, stir together vinegar and sugar until dissolved. Pour dressing over cucumbers. Season with salt. Cover and refrigerate 1 hour. Sprinkle with dill.

Marinating fried fish in vinegar was a way of preserving fish in the days before refrigeration. It is a popular dish in Spain (escabeche) and Italy ("in soar" in Veneto or "a scapece" in Sicily). Sea smelts are sold whole, with the heads and guts removed, and can usually be found at Chinese fishmongers. Smelts vary in size, but you should get about 12 per pound.

Pour 1/4-inch oil into large skillet and heat on high. When oil is hot, fry fish in batches, 1 minute per side, until lightly golden. Drain on paper towel. Cool.

In large, rectangular, non-reactive dish, pour in some marinade. Pack in one layer of smelts. Cover with more marinade. Repeat with remaining smelts and marinade. Cover and refrigerate. Allow fish to marinate at least 24 hours.

This can be a hard sell to all but the most adventuresome of eaters. Perhaps its deliciousness would be better translated as "terrine of osso buco." If you happen to have an electric knife hiding somewhere, it is the best tool for slicing sült. Serve with dijon, prepared horseradish, rye bread and a simple green salad. Buy pig's feet from a Chinese butcher.

Pour broth through fine-mesh strainer into clean pot. Discard pig's feet, vegetables and spice bag. Bring broth to boil over high heat. Skim fat and scum. Cook until reduced to 3 cups, 10 to 15 minutes. Generously season with salt. Strain. Cool on counter, about 1 hour. (If you refrigerate, it will start to gel.)

Cardamom is a popular spice in Scandinavian baking. Grinding it fresh produces a far more fragrant cake. To get 1/2 teaspoon, pick the seeds from 15 green cardamom pods and finely crush them using a mortar and pestle.

In stand mixer fitted with paddle, cream butter and 1 cup sugar on medium-high speed. Reduce speed to low and add vanilla. Add eggs, one at a time, until combined. Scrape down bowl with rubber spatula. On low speed, slowly add flour mix in three stages alternately with milk, beginning and ending with flour. Scrape down bowl. Mix on low until smooth.

Pour batter into greased, floured 12-by-8-inch baking dish. Arrange apple slices, barely overlapping, in neat rows on batter. (You may not need them all.) Sprinkle with remaining 2 tablespoons sugar.

Bake on middle rack in preheated 350F oven until toothpick inserted in centre comes out clean, 50 to 60 minutes. Remove and cool.

Marinated smelts, pickled herring and jellied veal are not foods the average kid craves. But at my grandmother's dinner table, they were savoured like hamburgers, hot dogs and french fries. And while she didn't influence my decision to become a chef, her traditional Estonian cooking will always hold a special place in my belly.

Grandma taught me a few culinary tricks over the years, and after she passed away, I inherited her ancient recipe books. Armed with a chef's palate and an Estonian-English dictionary, I've been busy decoding my grandmother's recipes and discovering the world of Estonian cuisine.

The foods of this tiny Baltic nation were shaped by what could be grown, caught and raised, and stored and preserved over long winters. It's hearty fare, reflecting the country's peasant roots. Straddling Scandinavia and Eastern Europe, Estonia shows influences from both these worlds.

Meat is predominantly pork. Popular vegetables include cabbage, beets and the beloved potato. Common grains are barley and rye, the latter used to make sweet-and-sour rye bread, an Estonian staple dating back to the 12th century. Spices include dill, caraway, cloves and bay leaves. Fish is also an important part of the Estonian diet, especially pickled herring.

My grandmother, who grew up on the island of Hiiumaa, was so fond of pickled herring that she made us smuggle it into her nursing home against doctor's orders. One day, she was so excited to get her shipment that she hastily ripped open the container, spraying her bedside table with fishy brine and destroying a $250 phone for the hearing-impaired. For a taste of herring, this was acceptable collateral damage.

The most distinctive Estonian dishes were served as part of a celebration, whether it was our birthday Kringel, an almond-studded brioche shaped like a giant pretzel, or Valgevorst, barley sausages served with lingonberry jam on Christmas Eve.

On holidays such as Easter and Christmas, my grandmother would put out a room-temperature smorgasbord (called külmlaud). The spread would include potato salad, cucumber salad, pickled beets, cold cuts, marinated fish, smoked salmon, devilled eggs and dark rye bread.

My two favourite dishes on her külmlaud were Sült, cooked veal in aspic, and Rosolje, a violet-coloured potato salad with beets and herring. I once asked my grandmother how she made sült and her response went like this:

"You cook-it the veal with the pig's feet."

"What cut of veal do you use, Grandma?"

"The one with the bones."

It was moments like this that made me appreciate the kindred connection between grandmothers and chefs. They both cook using instinct, memory and taste, and, if something is actually written down, it's more of a shopping list than a proper recipe.

Luckily, I had once made brawn (British headcheese), which is similar to sült. I took "the one with the bones" to mean veal shank, braised it with pig's feet for natural gelatin, and vegetables and spices for flavour. My grandmother formed her Sült in a bowl, but I used a loaf pan to cut slices. "It's very good," my father said of my Sült. "It's not as Jell-O-y as Grandma's, but I think the average person would like it better."

For Rosolje, her recipe needed translating from Estonian. Since I don't speak the language, it would have been faster if my father had just done it. But Grandma would be happy to know I was learning some Estonian words other than "paha poiss" (bad boy).

Everything was straightforward until the dressing: "1.5 hapukoort ehk majonees," which translates to "1.5 sour cream or mayonnaise." One and a half cups of dressing seemed right, but did she use sour cream or mayo? Guessing it was both, I made the dressing with an equal ratio and jazzed it up with lemon juice and dijon mustard. My father's verdict on the Rosolje: "Mmm ... mmm ..."

Not every dish went as smoothly. Her apple cake, a childhood favourite, turned out dense. "It's like pound cake," I said diplomatically. "More like six-pound cake," my father joked. I reduced the amount of milk and increased the baking powder, achieving a result that was "closer to the truth."

Some recipes I have yet to nail down. Skumbria is a cold dish of fish marinated in a sweet-and-sour sauce whose main ingredient is ketchup. Named after a type of mackerel that was originally used to make the dish, it was always referred to as "red fish" in our family. There were no measurements in Grandma's recipe, and after a couple of less-than-perfect tries, I put it on the back burner. There is only so much Skumbria one man can eat.

Part culinary anthropology, part mad science, learning my grandmother's recipes is an ongoing project. Next on my list is Pirukad, little savoury turnovers that are very labour-intensive. I also can't wait to make her meatballs and cabbage rolls, two recipes she had clipped from a Swedish magazine.

Family recipes may not have the monetary value of a silver tea service or antique table, but they should be equally treasured. These culinary keepsakes don't need polishing or insuring, they just need to be cooked, shared and loved. Getting future generations of Vellends to love jellied veal is another story.
Kommentaare ei ole: 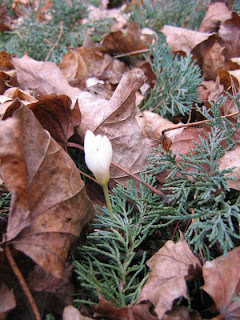 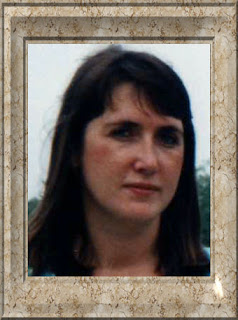 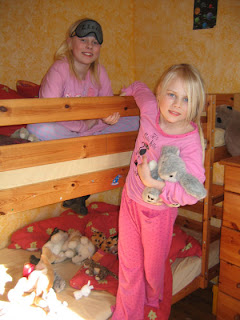 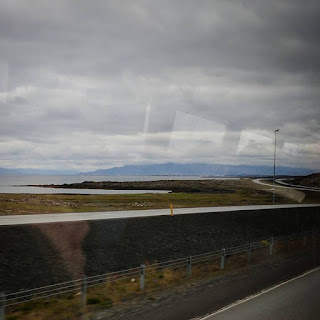